Bridget Jones: The Edge of Reason 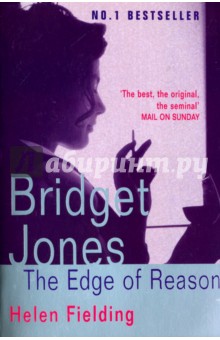 Автор: Fielding Helen
Издательство: Pan Macmillan
Год издания: 2017
ISBN: 978-0-330-36735-6
717 руб. Купить
First published in 1999, The Edge of Reason is the sequel to Helen Fielding's number one best-selling Bridget Jones's Diary. It has been turned into a film starring Renee Zellweger, Colin Firth and Hugh Grant. Bridget Jones: The Edge of Reason is followed by Bridget Jones: Mad About the Boy. The Wilderness Years are over! But not for long. At the end of Bridget Jones's Diary, Bridget hiccuped off into the sunset with man-of-her-dreams Mark Darcy. Now, in The Edge of Reason, she discovers what it is like when you have the man of your dreams actually in your flat and he hasn't done the washing-up, not just the whole of this week, but ever. Lurching through a morass of self-help-book theories and mad advice from Jude and Shazzer, struggling with a boyfriend-stealing ex-friend with thighs like a baby giraffe, an 8ft hole in the living-room wall, a mother obsessed with boiled-egg peelers, and a builder obsessed with large reservoir fish, Bridget embarks on a spiritual epiphany, which takes her from the cappuccino queues of Notting Hill to the palm- and magic-mushroom-kissed shores of ...Bridget is back. V.g.