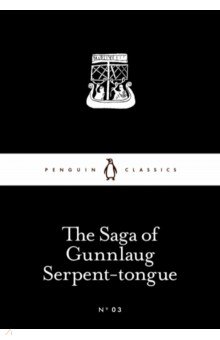 Издательство: Penguin
Год издания: 2015
Серия: Little Classics
192 руб. Купить
In this epic tale from the Viking Age that ranges across Scandinavia and Viking Britain, two poets compete for the love of Helga the Fair — with fatal consequences. Introducing Little Black Classics: 80 books for Penguin’s 80th birthday. Little Black Classics celebrate the huge range and diversity of Penguin Classics, with books from around the world and across many centuries. They take us from a balloon ride over Victorian London to a garden of blossom in Japan, from Tierra del Fuego to 16th-century California and the Russian steppe. Here are stories lyrical and savage; poems epic and intimate; essays satirical and inspirational; and ideas that have shaped the lives of millions. The Icelandic Sagas were oral in origin and written down in the thirteenth and fourteenth centuries. Other Icelandic Sagas available in Penguin Classics include Njal’s Saga, Egil’s Saga, Sagas of Warrior-Poets, Gisli Sursson’s Saga and the Saga of the People of Eyri, The Saga of Grettir the Strong, The Saga of the People of Laxardal and Bolli Bollason’s Tale, The Vinland Sagas and Comic Sagas from Iceland.