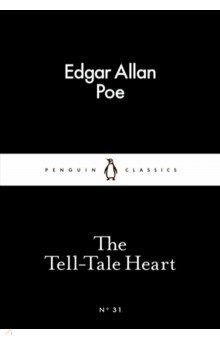 Автор: Poe Edgar Allan
Издательство: Penguin
Год издания: 2015
Серия: Little Classics
297 руб. Купить
Stories about murder, mystery and madness, portraying the author’s feverish imagination at its creative height. Introducing Little Black Classics: 80 books for Penguin’s 80th birthday. Little Black Classics celebrate the huge range and diversity of Penguin Classics, with books from around the world and across many centuries. They take us from a balloon ride over Victorian London to a garden of blossom in Japan, from Tierra del Fuego to 16th-century California and the Russian steppe. Here are stories lyrical and savage; poems epic and intimate; essays satirical and inspirational; and ideas that have shaped the lives of millions. Edgar Allan Poe (1809-1849). Poe’s works available in Penguin Classics are The Complete Tales and Poems of Edgar Allan Poe, The Fall of the House of Usher and Other Writings, The Masque of the Red Death, The Murders in the Rue Morgue and Other Tales, The Narrative of Arthur Gordon Pym of Nantucket, The Pit and the Pendulum, The Portable Edgar Allan Poe and The Science Fiction of Edgar Allan Poe.